After three years I finally ended my journey as a vegan. There has been a lot of changes in my life so let me share a little bit what happened and why I quit.

On July 1st, 2014, I went vegan. After coming home from a trip to New York where most of the food we ate was either fried or had cheese on, I was ready to start something new. I had also watched Earthlings, an interview with Ellen Degeneres and listened to the “Food For Thought“-podcast from Colleen-Patrick Goudreau. These three things gave me the information I needed to stay motivated and understand what veganism really was. However, after about half way into being vegan, I was diagnosed with Ulcerative Proctitis, which changed everything.

I initially went vegan, mostly, because I wanted to avoid heart disease since it runs in my family. I’ve seen up close what being sick can do to you so I wanted to do everything I could to avoid that. After 9 months being vegan, I started having Lateral Nystagmus in both my eyes. Basically what that means is that my eyes couldn’t focus when I look at the sides. If you want to know more, you can see a video I made about this here.

Once most of my symptoms were reversed after taking supplements, I was diagnosed with an inflammatory bowel disease, Ulcerative Proctitis. To make a long story short, I basically have problems with digesting fiber, both soluble, and insoluble fiber. What helped was cutting out coffee, alcohol, spices, no sparkly drinks and not eating. I eventually became underweight and my nutritionist wanted me to put on some extra weight. She was never against a vegan diet and even though I followed her advice to the dot, I still never got in remission, long-term (remission means symptom-free). I also cooked my food a lot to soften up the fiber, but that didn’t help. I also ate fiber free bread, which actually helped, but after three days of eating nothing but loaf, I was ready for something else to eat. I watched videos from Michael Greger from Nutritioinfacts.org, and Chia-seeds + husk-fiber like he recommended, didn’t make things better. Also, walnuts and seeds were supposed to have the same healthy oils that fishes have and could also help. However, they also have a lot of fiber in them which made things just worse. Soaking cashews and other nuts or pureeing them didn’t help either.

I have concluded with since fiber is only found in plants and I have problems digesting it, I need to try adding fiber-free food to my diet. I am not a fan of processed food, so even though processed foods can be fiber-free, I want to try and include my nutrients from more healthier alternatives, AKA, some animal products. And when I say healthy, I go by the recommendations of the WHO, AHA, WCRF, and the Norwegian health authorities. They all promote a plant-based diet with little to no animal products. 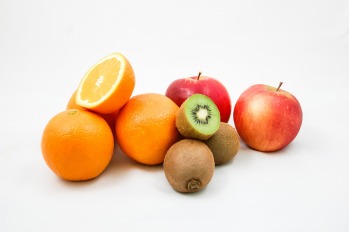 As stated earlier, the health organizations I trust, all say some animal products are healthy. Red meat needs to be limited, processed meat should be avoided, cow’s milk needs to be skimmed and when it comes to eggs, the jury is still out. Eating fishes, however, is recommended 2-3 times a week. When it comes to plants, it shouldn’t really be limited. Since I was never sick before I went vegan, I couldn’t decide if I should start with incorporating one animal product at a time and see if it helped or introduce all of them at once, then getting rid of one at a time to see if there was something that I couldn’t live without. After reading the report from the Norwegian health authorities, I now know that pescatarians have a lower chance of bowel cancer. Because of my disease, I have 70 times more risk of developing bowel-cancer than a normal person. Therefore, I landed on introducing one animal product at a time, starting with fish, to see if it helps. As soon as something helps, I’ll stop there.

Veganism to me has always been about doing what I can to prevent harm to my surroundings. I followed the definition from The Vegan Society (and still do):

Veganism is a way of living which seeks to exclude, as far as is possible and practicable, all forms of exploitation of, and cruelty to, animals for food, clothing or any other purpose.

Since I started eating fishes again, I’m technically no longer vegan. However, I still don’t go to zoos, marine parks, circuses, I don’t buy wool, feather, leather, milk, cheese, red meat, white meat, eggs, and so on. So I still live by the definition from The Vegan Society, but because of my disease, I feel like I don’t have a choice but to try eating animal products again to try and get better.

Today was the first salmon I ate in three years and for the first time in a long time, my stomach has not rumbled after eating. So far it’s been going well and I hope that I won’t have to add more animal products to feel good.

5 thoughts on “I am no longer vegan”